The opening of the Rice Boi expansion, also comes almost two years to the day that award-winning Sunshine Coast restauranteur Tony Kelly opened the restaurant, which has developed a cult following.

“Our initial goal when we opened was to create a great neighbourhood restaurant that locals loved. I didn’t dream then that now we would be expanding to have a 400-seat restaurant,” Mr Kelly said.

“The Wharf is a great location and we really excited to expand so we can offer the river-side alfresco dining that is perfect for our region.”

The Wharf Mooloolaba co-owner Dirk Long said similarly the success of The Wharf came down to giving locals what they wanted.

“It’s almost three years since we started redeveloping the precinct and we have worked hard to create the perfect relaxed environment, as well as the right mix of restaurants, eateries, shops and activities, to attract locals and visitors alike,” Mr Long said.

“Numbers have been building steadily, particularly over the last twelve months, and we are now looking forward to our biggest summer season ever, which will take us to the million visitor a year mark.”

Mr Kelly said the Rice Boi Beer Garden would offer all the things that saw the restaurant listed in the Delicious Top 100 Restaurants in Queensland, in which it also took out the popular vote for Best Family Friendly restaurant.

“We will have the Rice Boi menu with more curries, more dumplings, more specials and there will also be 8 beers on tap including Kirin, national beers as well as some locals.

“There will be a great cocktail list as well as an Aperol Spritz menu – all perfect for the relaxed alfresco dining we have added.

“We have grown from a team of 18 two years ago to 65 now so we are excited to open the Beer Garden and welcome even more people in.”

Rice Boi and the Rice Boi Beer Garden is open from 11.30am to 9pm daily with no reservations. Function bookings are available for groups of 20 or more.

Mr Long said 2020 would be another huge year for the Precinct as a whole, with the refurbishment and expansion of the Hogs Breath building, the Tower, the upstairs area and the opening of the Wharf Alley which would include even more food offerings,

“The Alley, which runs from the carpark through to the courtyard, will open around Easter and include a great mix of food that people can share at communal seating in the Alley or throughout the precinct,” Mr Long said.

“We will make an announcement in the new year about the eateries coming in, but it will include the reopening of Tony’s Saltwater Fish and Chippery, which closed to make way for the Rice Boi expansion.” To stay up to date on everything happening at The Wharf Mooloolaba, check out the website – www.wharfmooloolaba.com.au – and follow The Wharf Mooloolaba and Rice Boi on Facebook or Instagram. The latest new eatery at what is once again the place to be on the Sunshine Coast, Spero will offer an authentic Greek dining experience.

Tony Kelly said the Urban dictionary defines Spero as an uncomfortably good-looking Greek muscle man, and while the name was created out of a sense of ironic humour, it certainly fits the restaurant which has been described as Rice Boi’s prettier sister (or brother as the case may be). 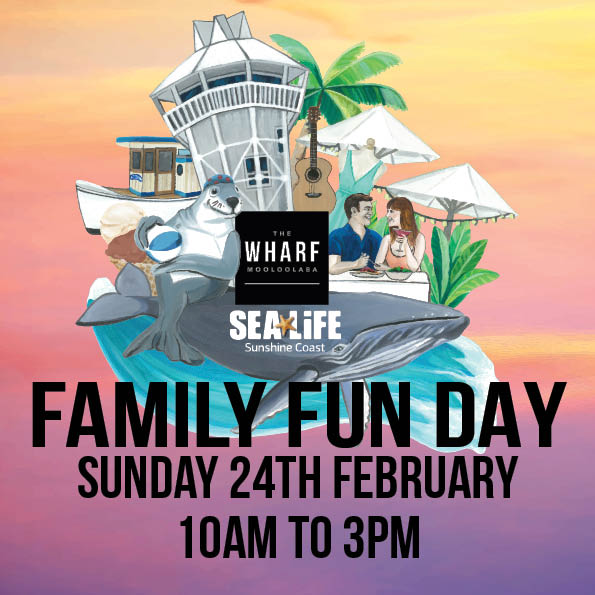 EVENT POSTPONED DUE TO ROUGH WEATHER CAUSED BY CYCLONE OMA

The Wharf Mooloolaba has announced the first of several highly anticipated Family Fun Days planned for the year will be held at the popular open-air precinct before the end of the month, on Sunday 24th of February. From 10am to 3pm on the Sunday, locals and visitors are invited to join in on any of the family-friendly activities available onsite including face painting, petting zoo, jumping castle, large Jenga challenge and Connect Four games to play, and more – all absolutely free.

With Stage Two of The Wharf Mooloolaba’s multi-million-dollar refurbishment nearing completion, several vibrant new businesses join a bevy of food, retail and activity traders at the popular precinct in time for the start of summer and school holiday trade.

The new ventures are Ninth Street – a highly anticipated burger and dessert bar specialising in American-style favourites, and Il Vento – a traditional Italian restaurant and wood fired pizza bar, as well as Gingers Boutique who are opening a second location to their iconic Buderim fashion store. There is also a revamped El Bigoton – a casual food bar and take away dedicated to Latin Street Food, and Fudgees on The Wharf Mooloolaba – the ever-popular fudge, ice cream and confectionary shop now occupying a larger premise. 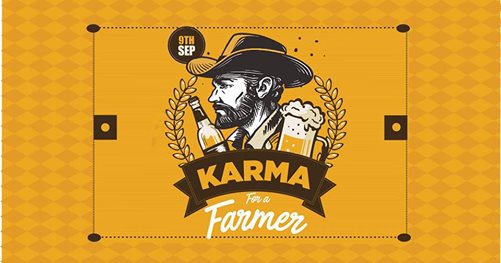 The owners of seven Mooloolaba bar venues are banding together to present Karma for A Farmer next month, a local initiative of our beachside businesses to raise money for drought-effected farmers. From midday on Sunday 9 September, Taps, 313 Social, Dirty Moes, Good Bar, Beach Bar and Grill, Boston Shaker and The Dock Mooloolaba, will be offering thirsty patrons the chance to make a donation to the Aussie Farmers Foundation in exchange for a craft beer.

Organising the local event is the owner of Taps Mooloolaba, Steve Barber, who said it was just one way to help out those in rural communities, many of whom visit the area on holidays. 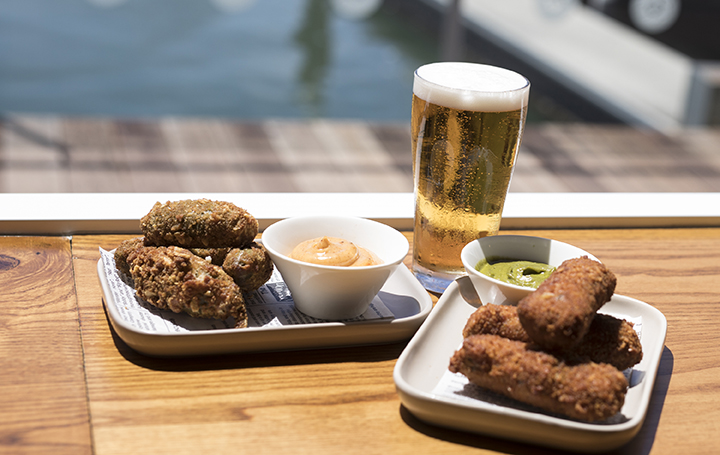 Whether it’s Asian Street Food or the Coastal-inspired Fish & Chips Eatery, The Wharf Mooloolaba is now the place to go with the opening of two new restaurants by award-winning Queensland chef Tony Kelly. The Wharf Mooloolaba co-owner Dirk Long said the openings signal the beginning of what is a very exciting summer for the precinct.

“We have nearly completed stage two of the revitalisation of The Wharf precinct and we hope everyone will come down to check it out,” Mr Long said.

“Some of my fondest memories growing up on the Coast were hanging around The Wharf and I am really looking forward to seeing it return to the bustling precinct it used to be this summer.”

As work on The Wharf Mooloolaba revitalisation continues, construction has begun on two more restaurants that will make up part of the Sunshine Coast’s hottest new dining precinct. The two new restaurants to be launched by award-winning Queensland chef and restauranteur Tony Kelly will offer Asian street food as well as a “Hamptons-style” Fish and Chippery.

The restaurants are part of a $10million refurbishment project for The Wharf precinct, according to Dirk Long, co-owner of Evans Long.