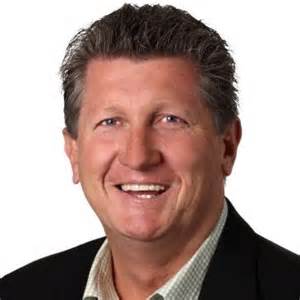 Long associated with the romance of a bygone era, the Mary Valley Rattler will celebrate this year’s Valentine’s Day with the launch of an ongoing new lunchtime service, The Rattler Picnic Train, on Thursday 14th of February. Powered by the ‘Red Rocket’, one of the first railmotors introduced onto the Mary Valley line, The Rattler Picnic Train will leave historic Gympie station every Thursday at 11am, on a return 3-hour journey to Amamoor, with gourmet picnic hampers filled with local delicacies also available.

Mary Valley Rattler Chairman Ian McNicol said The Rattler Picnic Train is an excellent opportunity for visitors to sample the many delights the region has to offer.

All Aboard the Mary Valley Rattler’s Aussie Express

With a toot of the horn on its iconic steam engine, the Mary Valley Rattler will start celebrating the Australia Day long weekend early this year, with the Aussie Express Twilight Train departing the historic Gympie Station at 5:30pm on Friday 25th January. It’s the first time the iconic heritage railway experience will mark the occasion since returning to regular services in October last year, and a rare opportunity to enjoy a very special trip on the Mary Valley Rattler at night.

Mary Valley Rattler Chairman Ian McNicol said the Aussie Express will be just the second time the popular tourism attraction has run a night-time passenger service, after running a similar return journey to Amamoor in mid-December.

The Mary Valley Rattler will mark a major milestone next month, with a record number of train journeys scheduled for December, as strong demand from visitors builds. The heritage railway experience is on track to run 34 services in December, a 30% increase from its regular timetable of the 26 services spread across Wednesdays, Saturdays and Sundays since the popular attraction reopened in early October.

Mary Valley Rattler Chairman Ian McNicol said the significant jump is a result of special Christmas services, an extension of the Retro Fridays trial and the demand for group bookings.

“We’re thrilled with the way Queenslanders have embraced the return of the Rattler, so much so that we will continue with our trial of Retro Fridays, the short haul trip to Monkland on the Silver Bullet rail motor paired with breakfast or lunch at the Platform No.1 Café throughout December. We have also planned some very special trips to celebrate Christmas,” Mr McNicol said.

“There will be a special Christmas service scheduled next month, with two additional charter services to run for private functions.

All aboard the Mary Valley Rattler Christmas Train

The Mary Valley Rattler will celebrate its first Christmas since regular services resumed with a special Twilight Christmas Train journey, along with the opportunity to take your own photos with Santa Claus every Sunday in December in the lead up to Christmas. Mary Valley Rattler Chairman Ian McNicol said the Rattler’s Twilight Christmas Train is a rare opportunity to take in the sights and sounds of the scenic Mary Valley at night. As part of a trial, every Friday 10am, the beautifully restored Silver Bullet diesel railmotor will travel a portion of the Mary Valley heritage rail corridor on a return trip to nearby Monkland, a suburb on the north-east bank of the Mary River home to the Gympie Gold Mining and Historical Museum.

With a meal included in the ticket price, passengers will also enjoy either a delicious breakfast or lunch from Platform No. 1 Café prior to or after travelling.

The historic Gympie Railway Station will be the place to be this Saturday, as the Mary Valley Rattler celebrates its First Run Day with a very special inaugural return trip to Amamoor via Dagun on the historic railway, alongside a fun-filled day of activities and entertainment.

Doors open to the free event at the station on Tozer Street at 8am for what promises to be an unforgettable start to the iconic railway’s welcome return to regular services.

Tickets for Saturday’s First Run Day are close to selling out so if you want to be on the historic first train, buy your tickets now. While you are at the station enjoying the festivities, you can also book future trips or jump online and book at maryvalleyrattler.com.au.

Highlights of the packed day-long program include musical performances from X-Factor contestant Caitlyn Shadbolt to a classical harpist, a live broadcast and giveaways from local radio station Zinc FM and a slew of children’s entertainers.

It’s full steam ahead for the Mary Valley Rattler, with the iconic tourist attraction hosting a day of festivities for First Run Day early next month after the announcement today of the start date for the historic railway’s regular services. To celebrate, the beautifully refurbished historic Gympie Station on Tozer Street will come alive with a carnival-like atmosphere from 8am on Saturday 6th October, 2018.

There will also be exclusive opportunities to be the first to ride the trains – these exclusive First Run Day tickets are $100 for adults and $50 for children and include a return ride on the train on Saturday 6th October as well as a welcome drink, a gift bag for each passenger and a First Run Day certificate.

The “Safety Train” will this week travel along the Mary Valley Rattler track to local schools in an effort to spread the TrackSAFE message. Mary Valley Rattler safety and training coordinator Julia Avis said the visit, on Thursday 16 August, is not only to illustrate the importance of rail safety, but also a unique opportunity for students to see one of the Mary Valley Rattler’s fleet of diesel engines in action.